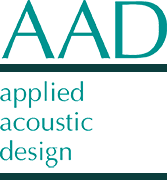 Victoria Manser's Rudland music school takes its character from the brick wall of the adjoining William Butterfield church which imbues this London school with a sense of serene enclosure.

The Rudland music school at Godolphin and Latymer School in Hammersmith, west London, has an intimate, cloistered feel. Designed by Victoria Manser with the Manser Practice, it butts up against the north side of William Butterfield's St John the Evangelist, which helps give it a sense of presence and enclosure. A glazed atrium divides the church from the music classrooms running alongside and the individual practice rooms and recording studio on the first floor.

Victoria Manser has been working with the school for 14 years on projects ranging from new kitchens and a sixth form centre to a roof for the bike store. A lot of careful stitching has been needed on this 1ha site, on which all the Victorian buildings are listed grade II.

The 0.5ha site next door, with decommissioned church (grade II*) and vicarage, offered a great opportunity to expand and to keep up with the facilities now offered as standard by private school competitors - such as the notable recent addition of a music centre at Uppingham School in Rutland, by ORMS. Victoria Manser asked the firm set up by her father, and now run by her brother, to help with this £2.9m project. Godolphin and Latymer's Rudland music school will have a dual life, also serving as back-up facilities - from changing rooms to catering and loos - for the church which is being converted into a drama and performance space by Burrell Foley Fischer.

Externally, the building reads as three modest brick blocks, thanks to slices of glass breaking into the volume at intervals. Facade elements, the windows and the low level vent system are held together in timber frames. It is a good neighbour, rather like the best work of T Feilden Clegg Bradley. The height allows the church to be seen from the school from most angles, although just occasionally its roof seems to meld into the music centre, agglomerating into a rather massive building. But the exterior is perhaps rather dull, compared to the delicacy and detail of its Victorian campus.

It comes into its own internally. It uses many common devices - atrium, glazed roof, an internal corridor - but suffers from few of their vices. Inside, the two-storey glazed atrium doesn't wow the visitor, but nor is it relegated to a glazed slot. It takes its character from the Butterfield brick wall and the simple and elegant free-standing steel verticals which curve (with a hint of reference to the gothic) into the new building at the top. The porphyry stone floor, partially ramped to deal with height changes in the church and access into it, gives a little luxury as well as grounding the atrium. It feels the right scale to be at ease in an impression it shares with the wide main Victorian corridor in the old school building. The acoustics may have something to do with it - they are gently cocooning rather than splashy with reverberation. Absorbent panels along the top of one atrium wall keep noise to comfortable levels.

Two key concerns for the architects were ventilation and acoustics, and the combination of the two. Most rooms are naturally ventilated using Passivent on the ground floor, the air conditioned by the radiators it feeds over, and Monodraught on the first floor. Partitions between practice rooms are angled to offset reverberations, while sealing the tops of partitions accurately required detailed designs and careful work on site.

The relatively open space of the atrium is given a sense of enclosure by the first floor balcony. At the most mundane level it frees up the main corridor for those walking through, and makes the awkward business of getting your French horn out of the locker far more pleasant in the process. It also serves the lift, but of course it gives the top floor a little more breathing space - an escape route from the central corridor via the cut-throughs between practice rooms under a glazed roof.

The wall behind the balcony works pretty hard, with high level windows to practice rooms above acoustic panels and a bank of lockers. This was part of the joinery package along with those in the stair well. Designing them from scratch may have caused project architect Jason White headaches - fitting in six bassoons and 25 flutes and more - but ensured that those under the south-facing glazed roof could be vented to avoid overheating. It also provided an opportunity for a gentle colour wash to break up the rows of lockers and make them more easily indentifiable for students. Elsewhere - particularly in one classroom - a changing brief has resulted in awkwardlyconfigured joinery with large keyboards obscuring the computer screens above them.

The two cut-thoughs each contain a bay of four seats and girls sitting there earnestly told me it was the best place in the school - even non-musicians come here to hole up and chat. Walking along the first floor corridor at lunchtime the sense of a warm musical environment was palpable with glimpses of teachers at pianos, the pounding of drums and the whistle of notes. Doors left ajar suggest a generous air of informality.

At first I took the calm and pleasantly scholarly atmosphere of the music school to be symptomatic of the order and politeness of a private girls school. But walking through the main school building knocked that idea out of me. Despite 580 music lessons a week in these spaces and links to the vicarage and old music school, it is not hugely busy. The classroom dynamic is confined to the ground floor, leaving the upper storey a little mysterious to the uninitiated. This music school is one of those edge buildings in a school where you can find a haven if you have the excuse to be there.

Return to the previous page